Skip to content
Please note that Balbriggan CC is closed until April 19th. We ask that you contact info@balbriggancc.net for all queries. Thank you for your understanding at this time.
Staff Quick Links There was a great turn out and energy for the plank challenge all week in Balbriggan Community College. At eleven o’clock students filled the John Bailey Hall to challenge themselves in a plank position for as long as they could manage before they collapsed.

Monday to Thursday, new challengers entered the competition and times will be analysed to gage a winner. Well done to all who participated.

On Monday and Wednesday, numerous students from Balbriggan Community College battled against each other and Mr. Kennedy in sprint racing at lunch time. The student happily put their names forward and where even happier to leave Mr. Kennedy behind in each race. Well done to all who entered! 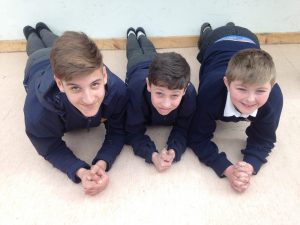 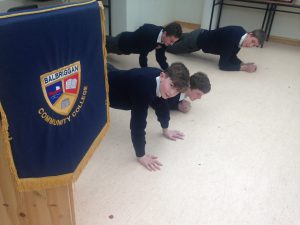