Transition Year students screened their short films this week the first time. The films were part of their ‘Film Studies’ module on the English course. The six films were three weeks in the making. They were really well received, and highly entertaining for the large group assembled at the premier screenings. Congrats to all! 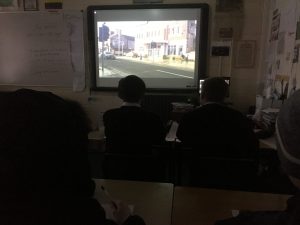